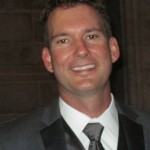 Jason Guest is a true Georgia Bulldog. He graduated from the University of Georgia in 1994 with a Bachelor of Landscape Architecture degree and launched his first landscape design and build business. Over 12 years he poured himself into building a successful company and establishing his name within the landscape industry. In 2006, Jason had the golden opportunity sell a portion of his business and become a part of C&M Residential’s Operations team. Jason spends his time overseeing the business aspect of C&M – overseeing the maintenance division, accounting, marketing, business development, among a host of other duties.

Jason has an 18 year old daughter attending UGA, and two sons 16 and 14 who are very active in sports.
Jason resides in Marietta, GA and is active in the West Cobb community.

We provide landscaping and lawn maintenance services to the Greater Marietta area, including: